Giving dogs and their people the training, resources, and guidance for a partnership built on mutual trust, communication and collaboration 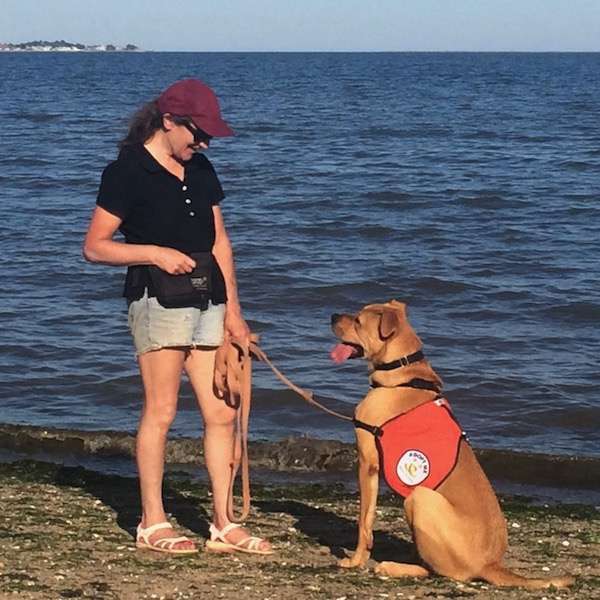 When you work with Sirius Positive Dog Training, not only does your dog receive effective, top quality training, but you receive the knowledge, skill, and support to ensure a partnership built on trust and cooperation with your dog.

I believe that when we learn to listen to and understand our dogs, we can create a life changing connection. Based on this belief, I provide clients with dog training that creates mutual respect and cooperative partnership.

Your personalized dog training plan will be designed to take into consideration your individual dog and situation.

We Can Help With…

There isn’t a better time to help your puppy build confidence & resiliency. While your puppy learns necessary skills, we’ll help you develop a cooperative companion who is able to navigate a 2-legged-world with confidence and ease.

Training your dog doesn’t have to feel like a battle of wills. We’ll show you how to teach your dog (without coercion or force) the important foundational skills and impulse control that go into training a well-behaved canine companion.  (Canine Good Citizen Test preparation offered, too!)

Board and train is an excellent option for busy dog owners who need a head start with training. Our training will focus on life skills and a structured itinerary based on your goals. At the end of your dog’s stay, we’ll schedule a complimentary follow-up session to ensure you’re feeling confident with continuing your dog’s training.

Go to Board & Train

Are you bringing home a newborn to your family dog?  Whether you’re getting your dog used to the stroller or trying to instill safe interactions, we can help with all things dog and baby.

“Sirius Positive Training has been our lifesaver”

“I am so grateful for Michele and Sirius Positive Dog Training because she has truly made a difference in the life of my pup.”

“Michele is wonderful. Meets you and your dog where you're at.“

"We've our rescue dog stay with Michele multiple times for "Board and Train" and we have already booked her for multiple future stays when we have to travel. We cannot recommend her enough."

"She spent an hour and a half with us on her first visit, helping us to understand our dog's behavior and how to begin working towards gaining confidence and comfort with strangers."

A Note From Your Dog Trainer 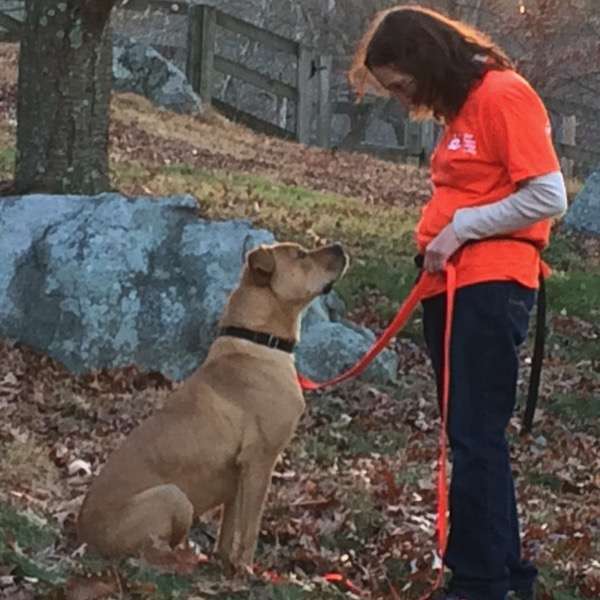 It’s my goal for you to feel confident in your dog, the training you receive, and the trainer you hire! As picking a trainer for your dog is such an important decision, I invite you to learn more about my qualifications and approach to dog training.

The Story of Sirius 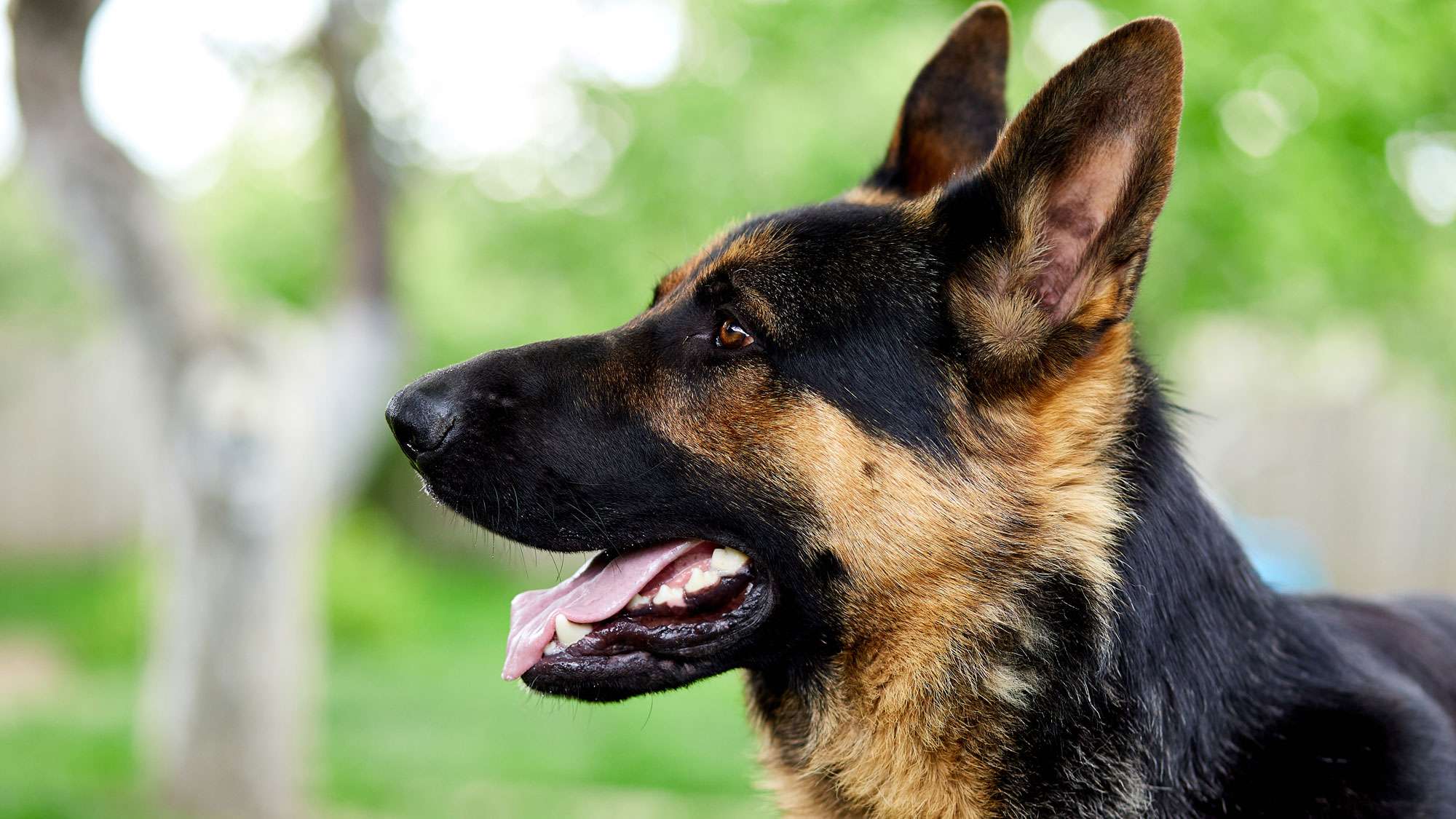 My dog training journey began with a remarkable German Shepherd Dog, Sirius, who joined our family at the age of 18 months after being released by Guiding Eyes for the Blind.  Not only did I get the beautiful Shepherd I had wanted all my life, but a very special one who had been carefully bred and socialized, had lived with a loving puppy raiser family, and been trained by skilled Guiding Eyes trainers.  I thought we were getting the best trained dog ever.

But although Sirius was sweet, he often disregarded cues; he ignored me when on leash; he just wouldn’t listen.  I was disappointed and frustrated; the close partnership I had visualized wasn’t happening.  So I sought help from well established trainers, including German Shepherd “experts”, whose recommendations included equipment such as choke, prong and shock collars, and strategies such as waiting for Sirius to make a mistake for which he would then be punished.  I was unwilling to use those strategies; they were in stark contrast to the original purpose of having Sirius join our family. I didn’t get Sirius in order to learn how to punish him or use force to get him to do things.  I knew those methods would undermine his confidence, his trust in me and the close relationship we had developed.  So I did my best to keep Sirius’ focus when distractions occurred, to avoid problematic situations and continued searching for a way to have a well-behaved dog.

One year later, wherever we went Sirius walked politely at my side on or off leash wearing a regular flat collar.  How did it happen?  I realized that like many people, I had been putting the cart before the horse.  I needed to change not just my training strategies but more importantly, my perspective.   I realized the problems with the punishment-based training strategies that had been recommended: they tried to compel compliance through fear of punishment; they focused solely on “making” dogs do something; they would not work when the choke/chain/shock collars were absent; and they would damage our relationship.  Instead, the mutual trust and respect in Sirius’ and my relationship became the foundation for a positive training approach, and I found the partnership I had hoped for.

The key to the change, was simply that instead of training to create the partnership I craved, our close relationship created the partnership.  With an engaged partner, you can train anything within a dog’s capabilities.  The solution was to incorporate our mutually respectful and trusting relationship into training,

Sirius inspired me to study canine training extensively, to shadow trainer mentors, and eventually in 2015 to leave the medical profession to become a full time dog trainer.  Sirius peacefully crossed the Rainbow Bridge in my arms in 2016, but not before teaching me about relationships with our animal companions.  Those lessons from Sirius are incorporated into my training philosophy and include mutual respect, trust, forgiveness for mistakes, and a journey filled with adventures, discoveries and a deepening relationship with our dogs.

The Question should be, Why Not?

Proven to be effective

When compared side-by-side, dogs who are trained with positive methods have a better understanding of training, and they’re happier doing it.

Behavioral Science authorities have proven over and over that punitive measures in training are overall detrimental to your dog’s behavior and health, and well-being.

Giving dogs the tools to successfully communicate with their owners is the best way to build your dog’s confidence and trust in the world.

Looking for dog training help in Rhode Island, Connecticut, or Massachusetts? We can help!

We help local Rhode Island clients with dog training, puppy training, and behavior modification and are able to help clients in the greater New England area with Board and Train Packages.